Medications that do not work and "social norm" 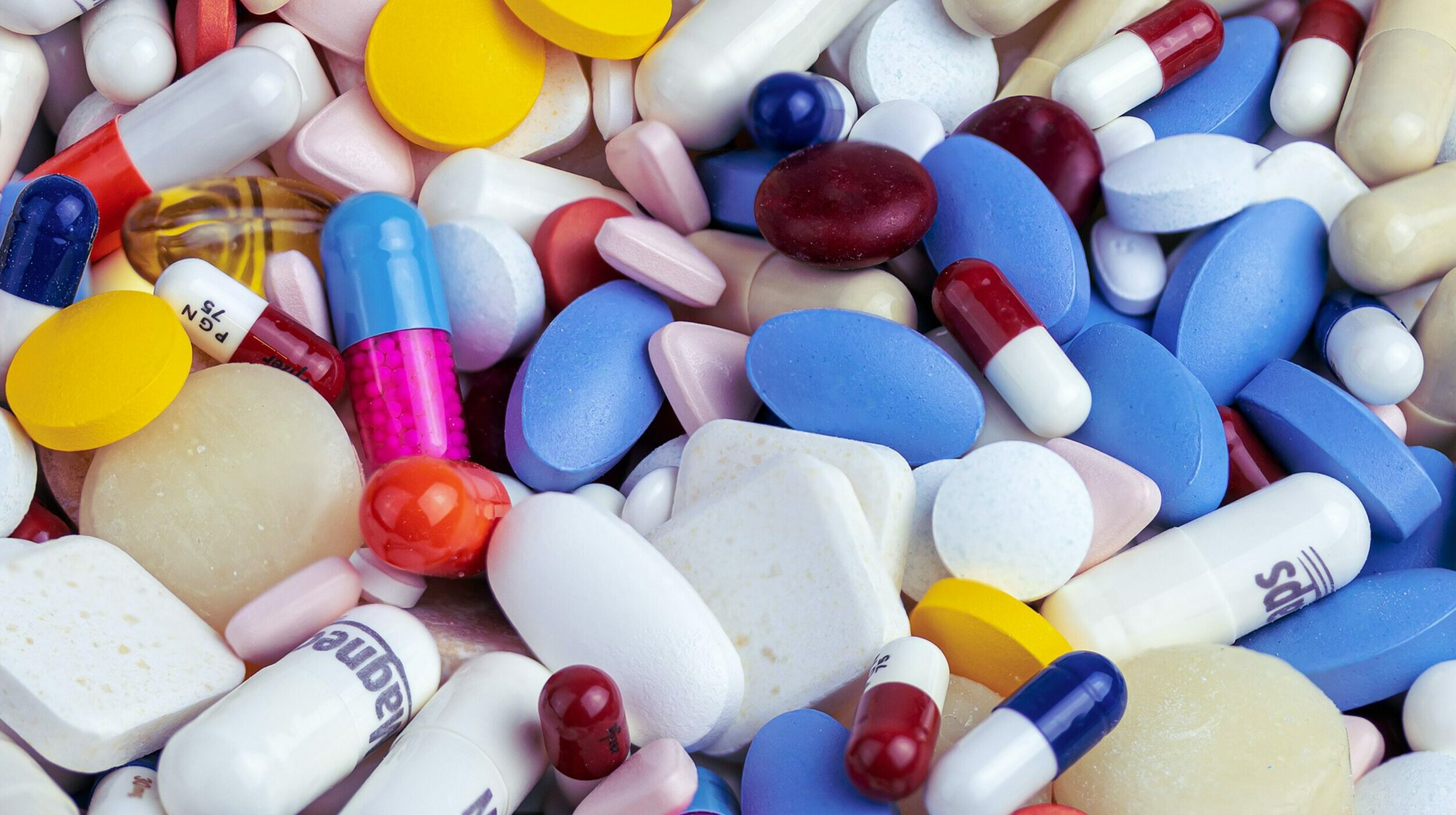 Medications that do not work and “social norm”

A problem in the care of older adults, not only medical but also economic, is the amount of drugs that are prescribed unnecessarily without scientific evidence. The prescription of drugs not recommended by the evidence can have harmful consequences for health, bring adverse effects and affect the quality of life of people. In turn, this has a negative impact on health systems, since money is wasted on drugs that are not useful instead of being used for other treatments that are beneficial and effective.

One of the approaches from the behavioral sciences that has been implemented to try to reduce overmedication consists of informing doctors about how their practice of prescribing drugs is compared to that of their peers through email. This “social norm” notification technique by email was used successfully in cases of over-indication of antibiotics, a serious public health problem that can lead to bacterial resistance, and other potentially harmful drugs in the elderly population such as antipsychotics and opioids. However, so far, there was no evidence of its use in drugs for cognitive impairment in Latin America.

With this in mind, the researchers conducted a trial involving 1811 doctors with a history of high prescription of Nimodipine from the National Institute of Social Services for Retirees and Pensioners (PAMI – INSSJP). The participants were randomized into two groups: 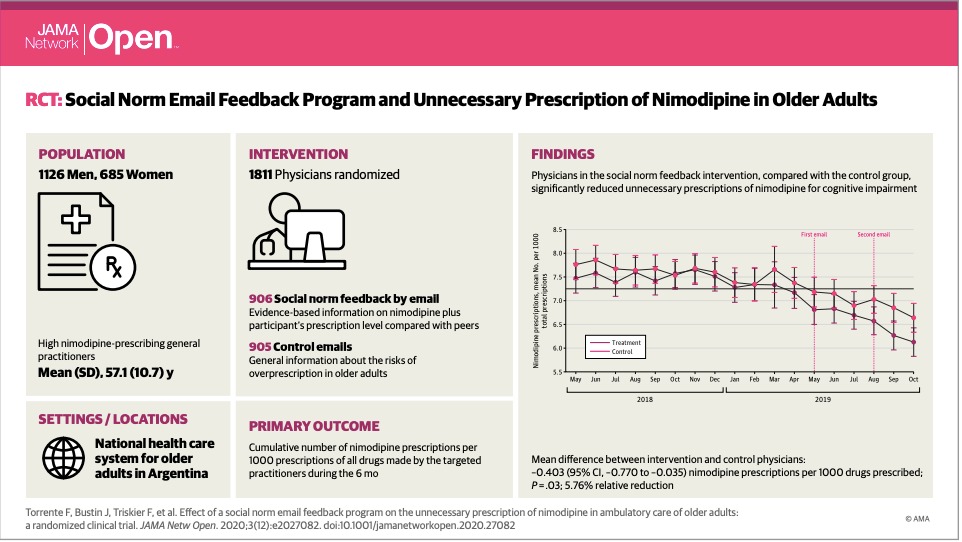 The messages were written as an awareness campaign for good medical practices. Terms such as “invite” or “consider” were used to emphasize the idea that health professionals were free to make the decision and so that they did not feel pressured to change their behavior: they were not going to receive a penalty of some kind. The idea is to change the behavior voluntarily and not because they felt forced to do so, bringing information to optimize their medical decision (information based on evidence and the reference of the behavior of their peers) .

The amount of Nimodipine prescribed per month by each professional in both groups was recorded for 1 year prior to the intervention and 6 months after the first email was sent.

The results were very satisfactory. Participants who received the ‘nudge’ prescribed significantly fewer prescriptions for Nimodipine during the intervention period compared to the control group. No differences were observed in the months prior to the intervention, with which the decrease in the indication of this drug can be attributed to the sending of emails communicating truthful information as well as on the frequency of prescription of Nimodipine by each professional.

After the intervention, a reduction was also observed in the control group, although less so. This could be due to the fact that the doctors in the control group were not totally blind to the intervention since it is known that there is communication between colleagues about the prescription of drugs. It should be noted that it is beneficial to have this exchange. Although this “spill” reduces the differences between groups, the reduction in prescriptions as a whole was greater.

The economic costs were also analyzed and it was found that they were lower in the group that received the treatment than in the control group. The researchers estimated that if this intervention were performed on all the doctors included in the study for 1 year, approximately more than $ 200,000 could be saved. The work has just been published in the prestigious scientific journal JAMA Network Open and can be found here.

In conclusion, the randomized clinical trial of this behavioral intervention was successful. The authors were able to verify that by sending scientifically proven information via email, added to the data of the “social norm”, changes could be obtained in the behaviors of health professionals regarding the prescription of a particular drug. Although there are certain limitations, for example, it is not possible to know if Nimodipine was not replaced by another drug with similar characteristics, the result is optimistic.

An intervention of this type has the potential to become a useful and efficient tool since it is well accepted by professionals, easy to replicate, effective and inexpensive. A “push” towards greater social well-being.